A contract is a binding agreement between two or more parties which is enforceable by law. A legally enforceable contract is an exchange of promises with specific legal remedies for breach.

Most written and oral agreements between two parties can constitute a binding legal contract. The practical limitation to this, however, is that generally only parties to a written agreement have evidence (the written contract itself) to prove the actual terms uttered at the time the agreement was struck. Sometimes written contracts are required by law for certain types of agreement, for example when buying a house or land. 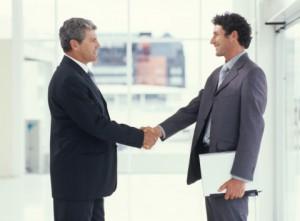 Defenses to formation of contract

Defenses to contract formation include (1) mistake; (2) undue influence; (3) misrepresentation; and (4) duress. In addition, where defenses exist, they operate to determine whether a purported contract is either (1) void; or, (2) voidable. And, a contract can be avoided for frustration of purpose, if the lawful purpose of the contract existed at time of contract formation but no longer exists at the time set for performance.

The most important feature of a contract is that one party makes an offer for an arrangement that another accepts. This can be called a meeting of the minds of two or more parties. The concept is somewhat contested. The obvious objection is that a court cannot read minds and the existence or otherwise of agreement is judged objectively, with only limited room for questioning subjective intention.

Offer and acceptance does not always need to be expressed orally or in writing. An implied contract is one in which some of the terms are not expressed in words. This can take two forms. A contract which is implied in fact is one in which the circumstances imply that parties have reached an agreement even though they have not done so expressly. For example, by going to a doctor for a checkup, a patient agrees that he will pay a fair price for the service. If one refuses to pay after being examined, the patient has breached a contract implied in fact. A contract which is implied in law is also called a quasi-contract, because it is not in fact a contract; rather, it is a means for the courts to remedy situations in which one party would be unjustly enriched were he or she not required to compensate the other. For example, a plumber accidentally installs a sprinkler system in the lawn of the wrong house. The owner of the house had learned the previous day that his neighbor was getting new sprinklers. That morning, he sees the plumber installing them in his lawn. Pleased at the mistake, he says nothing, and then refuses to pay when the plumber delivers the bill. Will the man be held liable for payment? Yes, if it could be proven that the man knew that the sprinklers were being installed mistakenly, the court would make him pay because of a quasi-contract. If that knowledge could not be proven, he would not be liable. Such a claim is also referred to as "quantum meruit".

Most states consider persons under the age of 18 to be minors. Minors lack capacity to enter into a contract. If they do enter into a contract, the contract is generally considered voidable. They have the right to cancel the contact at any time before and even after reaching the age of 18. If, however, a minor cancels the contract, the benefits that he or she received must be returned.

A verbal exchange of promises may be binding and be as legally valid as a written contract. An unwritten, unspoken contract, also known as "a contract implied by the acts of the parties", which can be either implied in fact or implied in law, may also be legally binding.

Most jurisdictions have rules of law or statutes which may render otherwise valid oral contracts unenforceable. This is especially true regarding oral contracts involving large amounts of money or real estate. For example, in the U.S., generally speaking, a contract is unenforceable if it violates the common law statute of frauds or equivalent state statutes which require certain contracts to be in writing. An example of the above is an oral contract for the sale of a motorcycle for US$5,000 in a jurisdiction which requires a contract for the sale of goods over US $500 to be in writing to be enforceable. The point of the Statute of frauds is to prevent false allegations of the existence of contracts that were never made, by requiring formal (i.e. written) evidence of the contract. However, a common remark is that more frauds have been committed through the application of the Statute of frauds than have ever been prevented. Contracts that do not meet the requirements of common law or statutory Statutes of frauds are unenforceable, but are not necessarily thereby void. However, a party unjustly enriched by an unenforceable contract may be required to provide restitution for unjust enrichment. Statutes of frauds are typically codified in state statutes covering specific types of contracts, such as contracts for the sale of real estate.

If the terms of the contract are uncertain or incomplete, the parties cannot have reached an agreement in the eyes of the law. An agreement to agree does not constitute a contract, and an inability to agree on key issues, which may include such things as price or safety, may cause the entire contract to fail. However, a court will attempt to give effect to commercial contracts where possible, by construing a reasonable construction of the contract.

Courts may also look to external standards, which are either mentioned explicitly in the contract or implied by common practice in a certain field. In addition, the court may also imply a term; if price is excluded, the court may imply a reasonable price, with the exception of land, and second-hand goods, which are unique.

If there are uncertain or incomplete clauses in the contract, and all options in resolving its true meaning have failed, it may be possible to sever and void just those affected clauses if the contract includes a severability clause. The test of whether a clause is severable is an objective test-whether a reasonable person would see the contract standing even without the clauses.

A contractual term is "[a]ny provision forming part of a contract". Each term gives rise to a contractual obligation, breach of which can give rise to litigation. Not all terms are stated expressly and some terms carry less legal weight as they are peripheral to the objectives of the contract.

A term may either be express or implied. An express term is stated by the parties during negotiation or written in a contractual document. Implied terms are not stated but nevertheless form a provision of the contract.

Setting aside the contract

Online contracts, which are easily made, are usually valid on a smaller scale for a period of one to three months, while on a larger scale can last about five years. As with all things legal, especially in regards to the ever-evolving internet, general rules like length of validity have many exceptions. All cases are evaluated on their own merits, and those merits are defined by the facts presented in each instance. It is up to the owner of the site to do what it can to guarantee enforceability of its contracts. Though 90% of people sign online contracts before reading the content, E-signature laws have made the electronic contract and signature as legally valid as a paper contract. It has been estimated that roughly one hundred and ten electronic contracts are signed every second.